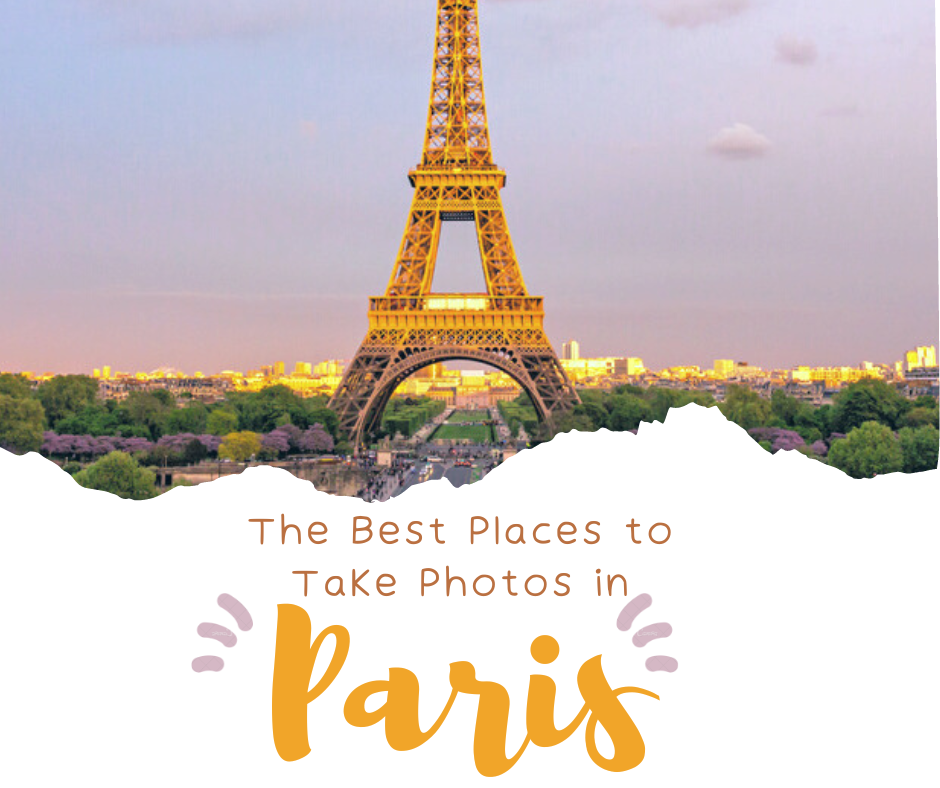 Paris is one of the most photogenic cities in the world. With its stunning architecture, beautiful bridges and picturesque streets, it’s no wonder that so many people flock to Paris to capture its essence through photography.

If you’re planning a trip to Paris and want to make sure you get some great photos, here are some of the best places to take them.

The Eiffel Tower is one of the most popular tourist attractions in the world and it’s easy to see why. Not only is it an iconic landmark, but it’s also one of the best places to take photos in Paris. The best time to get a photo of the tower is at night when it’s lit up with twinkling lights.

If you’re looking for a truly unique photo, try getting a shot of the tower from one of the many bridges that cross the River Seine. With the river in the foreground and the Eiffel Tower in the background, it’s a photo that you’ll never forget.

The Louvre is one of the best places to take photos in Paris, not only because it houses some of the most famous art in the world, but also because it’s one of the largest museums in the city. If you’re looking to get a photo of the Mona Lisa without a bunch of people in it, try to go early in the morning when the museum first opens.

However, even if you don’t manage to get a people-free photo of the Mona Lisa, there are plenty of other masterpieces to photograph throughout the museum. From paintings to sculptures, there’s no shortage of works of art to capture at the Louvre. So whether you’re a seasoned photographer or simply someone who enjoys taking pictures on vacation, make sure to add the Louvre to your list of places to snap some shots while in Paris.

Notre Dame Cathedral is one of the most popular tourist attractions in Paris, and it’s easy to see why. The Gothic architecture and stunning stained glass windows make it a photographer’s dream. If you want to get a photo of the cathedral without any people in it, try to go early in the morning or later at night when the crowds have dispersed.

But even with people in your shot, Notre Dame is still an impressive sight. So whether you’re a professional photographer or just snapping a few photos on your phone, make sure to add Notre Dame Cathedral to your list of must-see places in Paris.

If you’re looking for a truly photo-worthy spot in Paris, look no further than the Palace of Versailles. This stunning royal palace is located just outside of the city, and it’s full of beautiful sights to snap a pic of. From the magnificent Hall of Mirrors to the carefully manicured gardens, there’s no shortage of gorgeous backdrops at the Palace of Versailles.

And if you want to avoid the crowds, try to visit on a weekday – you’ll be glad you did. So go ahead and add the Palace of Versailles to your list of must-photograph spots in Paris – you won’t be disappointed!

The Arc de Triomphe is one of the most recognizable landmarks in Paris. It’s located in the centre of the city and is surrounded by 12 avenues, making it a great place to take photos. If you want to get a photo without any people in it, try to go early in the morning or later at night. The best time to take photos is during golden hour when the sun is near the horizon and casts a warm, reddish-orange light.

But if you’re looking for a different kind of photo, try taking one during blue hour, when the city lights are reflected in the Arc’s stone columns. Whatever time of day you choose, the Arc de Triomphe is sure to make your photos look extra impressive.

So there you have it – the best places to take photos in Paris. Whether you’re a professional photographer or simply someone who enjoys taking pictures on vacation, make sure to add these spots to your list. You won’t be disappointed!